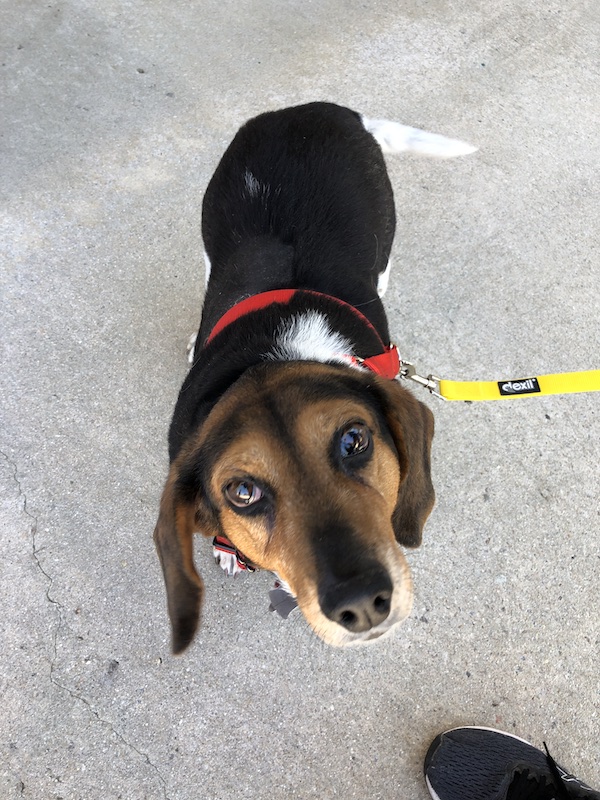 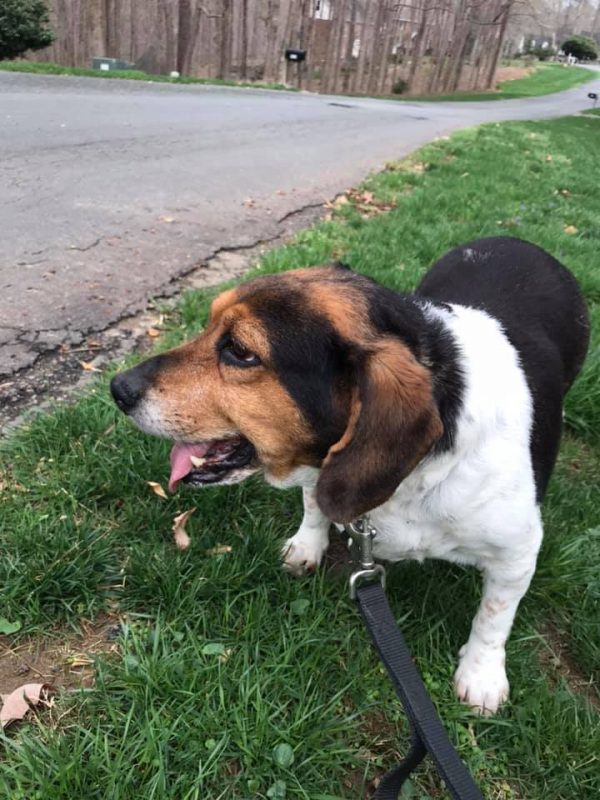 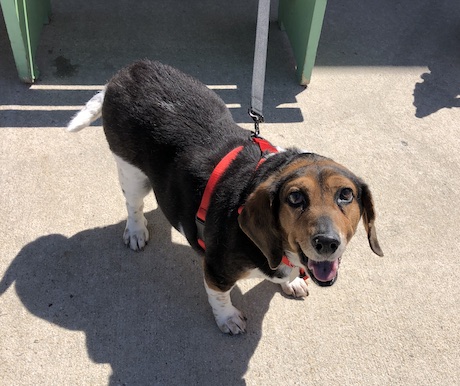 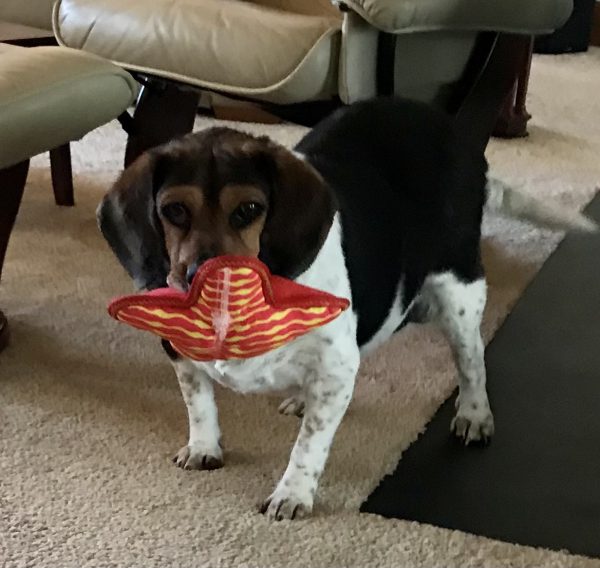 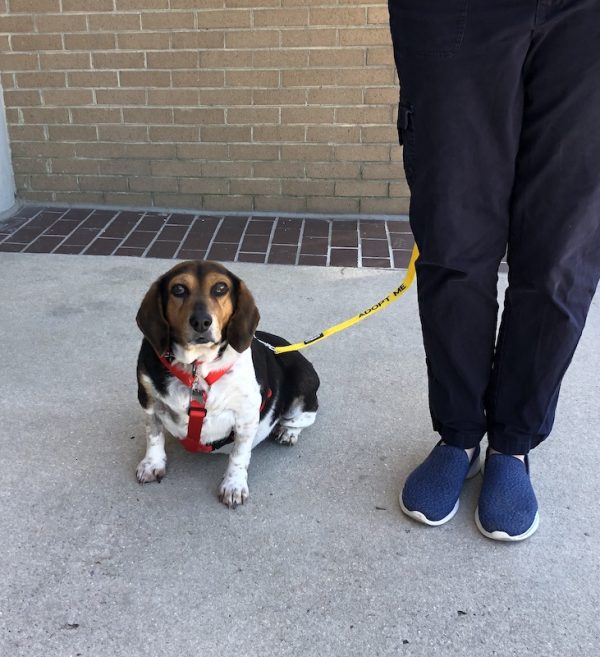 Rex came to TBR after his elderly owner had an accident and suddenly could no longer care for him. Rex had been with him since he was a puppy! Rex needs to lose some weight! His size make stairs difficult and he generally moves very slowly. We expect he will get around better once he does get his weight down a bit. Rex may be a “senior”, but no one told him! He loves toys! He wants to play with all the stuffed toys, and he loves rolling his tennis ball around the house. He’s very much a people dog, and is content sit quietly by your side as you work or watch TV, although he’s fine being left alone. He’s used to being a only dog, but would probably do OK with another laid back dog companion. He’s great with cats.(He does like to hide their toys, though.)